You’ve finally found your new apartment. You’ve probably already guessed why you can’t just pack and move in immediately. There’re still some formalities to deal with. One of them is the rental agreement. 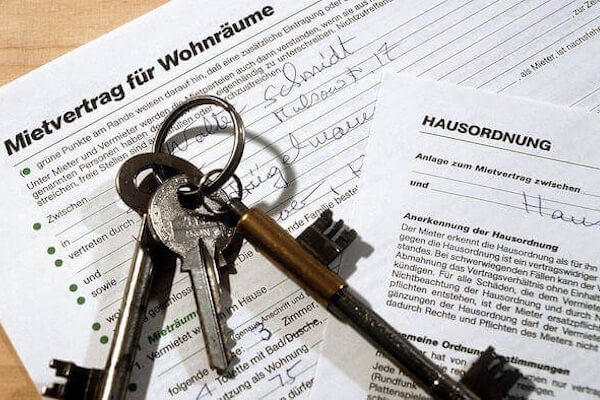 The rental agreement is a contract between two parties. It could be a verbal or a written one. Even though there’re verbal contracts, they aren’t unusual. If a written contract is mentioned, it’s only binding as soon as it’s on paper. The agreed on starting date of the tenancy begins later on and on that date, you can move into the apartment and start to pay rent.

Rental Agreement: Why Do You Need it and what’s in it?

Honestly, would you rent out an apartment without having it on paper? Exactly. Most probably wouldn’t even do it among friends. A rental agreement protects both parties and regulates rights and obligations at the same time. The Swiss tenancy law determines, what information should be included in the contract. Check the following points properly:

If you’re uncertain about your rental agreement, you can turn to the tenant’s association of your region.

💡 Tip:
As a tenant, you are allowed to ask about the previous rent. If it’s increased over 10%, it can be seen as abuse. After getting the keys, you have a maximum of 30 days to bargain the initial rent. You can also ask for the additional costs of the previous year; especially if they’re not calculated all-inclusively, but with partial payment.

How Do You Close the Deal?

The new rental agreement has to be signed before you move into the new apartment. A verbal agreement of the renter might be valid, but in case of emergency it’s smarter to have it on paper.

Take your time reading through the contract before signing it. As soon as it’s signed, it’ll be difficult to retract certain agreements. Also, it’s impossible to cancel the contract before the tenancy. Usually, there’s no right of withdrawal from the rental agreement and breaching the contract will require compensation. So, check the house rules before you close the deal. Especially in apartment buildings there’re often strict common rules. The house rules determine things such as cleaning the staircases or cultivating the garden. There could also be shower and bathing regulations during night time. If you’re a night owl, then this is important information.

💡 Tip:
Consider unhurriedly which additional agreements are relevant for you. For example, are you planning a world trip or an exchange semester that could last for months? Then you should discuss with your landlord if sub tenancy would be possible.

There should be two original rental agreements that are both signed by you as the tenant and by your landlord. Each party gets an original. It would be best if you make a copy of the original and keep both separately. You never know!

Tenancy Law: What kind of Rights Does the Tenant Have?

Making music: It’s safe to make music for 2 or 3 hours outside of the rest period as long as it’s not playing on the drums. This can not be restricted by the rental agreement or the house rules. Just have some consideration for your neighbors.

Smoking: Basically, it’s allowed to smoke, even if it’s prohibited in the rental agreement. But you should still respect your neighbors, because this can be a reason for dismissal lease. Moreover, you’ll have to pay for the anti-nicotine treatment of the ceilings and walls when you move out. The private liability insurance won’t cover cigarette smoke.

Pets: Hamsters, budgerigars, and other similar animals are usually allowed if nothing is stated in the rental agreement. Cats and dogs are also permitted if nothing else it stated. For other animals, you’ll need written consent from your renter.

Don’t Forget: This Is How You Terminate your Old Rental Agreement

If you missed the deadline or if the new apartment is already ready in two months, you can still arrange the next tenant yourself. Sometimes, renters are ready to end the tenancy before the notice of termination, assuming that the next tenant takes over the apartment under the same conditions. Talk to your landlord for that.

Bureaucracy Is Worth it

As you can see, it’s worth to meet the period of notice and to proceed bureaucratically. Remember that a proper rental agreement isn’t just a safety for your renter but also for you!