Planning the furnishing of your rooms before the relocation is important. Nothing is more annoying than carrying boxes that were placed in the basement up to the living room or pushing the already assembled cabinet to the other wall and scratching the floors. To avoid that we have two easy systems to avoid conflict and stress during the move. 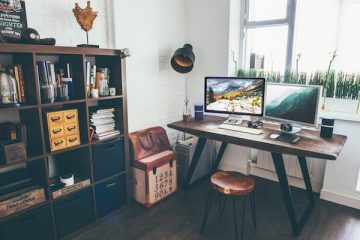 It can be very useful to plan the furnishing of the new apartment before the move. Take some time to check out the new place and to think about where to put your furniture. Once you have a positioning plan, you can just put it up and the moving helpers will have an easier time putting things at their place. If you’re going to draw a positioning plan, you need to consider several things:

Usually, you can have furniture delivered home for some extra charge. When you plan your move it’s best to have the new furniture delivered right after moving in. Then you don’t need to put old things away and can pretty much assemble everything at once.

To make your positioning plan, it’s easiest to use graph paper at the scale of 1:50 or bigger. One meter in real life will be two centimeters on paper.

First, you should draw the ground area of the rooms, then the windows and doors. Also note, in which direction windows and doors open. Heaters and sloping roofs should also be considered. As an addition, you can also add power, phone, radio and TV-connections.

Now you can think about where you want to place the furniture. If you’re not sure yet, you can draw all pieces of furniture on a separate graph paper and then cut them out. Now you can slide your furniture around and once you know what you want, you can tape it down and use the plans for the move.

Idea 2: Using Stickers for the Move

Using stickers can simplify the move a lot. Some moving companies offer their customers stickers for free. All you need to do is put one sticker on every box and piece of furniture so that it’s clear where the object needs to be put. At the new apartment, you can just hang up a plan to show which color or number belongs in which room. You can also add stickers to every door and suddenly you can avoid all misunderstandings. After all, it’s really exhausting to move things around again after the move.

The idea of someone standing next to the moving truck and directing where things should go is good, but usually doesn’t work. On the moving day, chaos often prevails and many unexpected things happen so that the person directing doesn’t have the time to do his job and the boxes still end up at the wrong place. So, put the sticker on it and the stress is gone.