The prams on each floor, the shoe rack next to the mat, the 10 pairs of shoes of your neighbours with 3 children. In some buildings, the stairwell can be more like a storage space than an access to the upper floors. Is it legal to leave certain items on the landing? Under what conditions? We tell you everything. 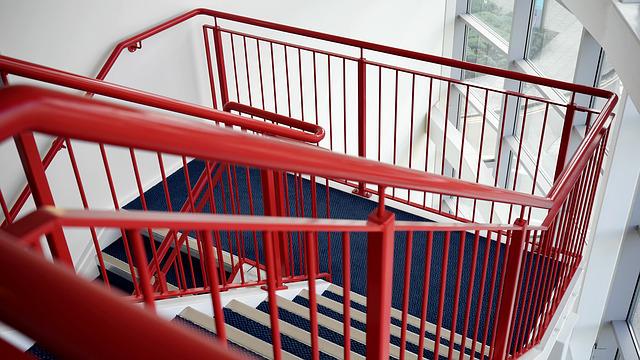 What does the law say about the use of the stairwell?

The landing and therefore the stairwell, as well as the laundry room, are not part of the rented accommodation. The law prohibits the storage of objects without the stairwell or only with the permission of the owner. This is part of the settlement in a rental property in Switzerland.

This is a safety issue: in the event of a fire, lifts are not allowed to be used, which means that the stairwell must be free to evacuate the tenants or for the fire brigade.

What does the real estate agency or landlord say?

In theory, the agency or your landlord should prohibit the storage of bulky objects that could block access. Moreover, in the lease contract, the tenant can only use the spaces mentioned, i.e. a flat and possibly a cellar.

However, small objects or furniture, such as doormats, are usually allowed. Sometimes non-bulky shoe furniture is also allowed.

On the one hand, for aesthetic reasons: the stairwell as well as the balcony is in full view of the neighbours, so you must keep it clean and clear. On the other hand, it represents a risk of tripping in case of evacuation.

In any case, you should ask for permission in advance, even if only for shoes and shoe furniture. For pushchairs and bicycles, always ask your landlord for permission. And if the neighbours complain, it is also their right to have a clear and clean landing.

At the time of signing the rental contract, the future tenant is informed of the space available to him/her, so he/she is aware of the space he/she has to store his/her furniture and belongings when he/she accepts the accommodation. It is therefore very complicated to justify the need for more space at a later stage.

What do you risk if you do not respect the rules as a tenant?

Generally, you will receive a reminder from the agency to leave the landing empty. If you do not change your habits, you may receive a warning which may result in your landlord terminating your lease.