As a tenant, certain rules concerning the use of the balcony must be observed. This is part of the settlement in a rental property in Switzerland. For each of the rules there is a reason. For some it is for safety reasons, for others it is to avoid nuisance to the neighbourhood, and for others it may be to avoid damage to the property. 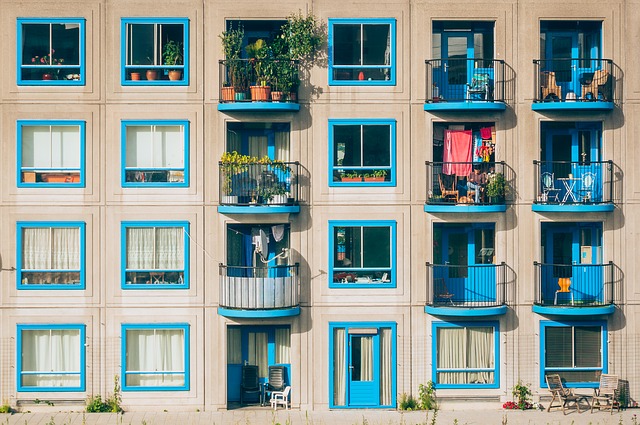 Can you barbecue on your balcony?

It’s summer, it’s hot: who doesn’t like to grill with friends on the balcony? Or have you just moved in and want to have a house-warming party with a barbecue? But is it actually allowed?

The Swiss tenants’ association, ASLOCA, believes that banning barbecues on a balcony goes against the tenant’s personal freedom. This is why very few landlords prohibit the use of a barbecue in the lease contract.

However, it is not forbidden to mention it. When signing the lease contract, the tenant should pay attention to a possible mention on balconies and the use of barbecues. Once the contract has been signed, the landlord cannot change the lease agreement regarding the use of the barbecue without the tenant’s agreement.

As the saying goes “one’s freedom ends where another’s begins”.

We will remind you of the basic rules regarding the use of your balcony, but as a general rule, common sense applies. If a tenant is enjoying a novel in his or her hammock, he or she would not like to see his or her balcony turned into a cloud of smoke because of the neighbours.

In general, it is better to use an electric or gas barbecue because it creates much less smoke for your neighbours. Do you swear by the charcoal barbecue? Then follow a few rules to limit the nuisance to your neighbours:

Finally, the use of a barbecue remains a fire hazard. You must therefore be extra vigilant when using barbecues, especially gas barbecues: check that they are in compliance and make sure you turn off the gas after each use. You can increase the safety of your home by installing a smoke detector.

In Switzerland, as in many countries, silence is also required at certain times:

This doesn’t mean that you can’t invite anyone for brunch on your terrace on Sundays, but you must keep the volume down at all times. You don’t shout on your balcony even on a Saturday afternoon, and especially in the evening after 10 p.m., even when you’re having a party and you need to keep the volume down.

Can you hang your washing on your balcony?

On a sunny day, when your clothes are still wet, it seems logical to want to hang your clothes on your south-facing balcony. However, it is quite rare to see laundry hanging on Swiss balconies. Although in Mediterranean countries this is particularly charming, it is not to the taste of all Swiss people.

If you hang your laundry occasionally and “small”, it does not bother your neighbors very much and should therefore not be a problem. However, if you have laundry hung out every day, it may be detrimental to the visual appearance of the building and you may be asked to stop hanging your clothes on your balcony. Generally, you will have a special room to hang your laundry: refer to the laundry regulations of your building.

What is firmly forbidden, without your landlord’s permission, is to install a clothesline on your balcony.

Can you put plants on your balcony?

You cannot be forbidden to put flowers or plants on your balcony. It is very nice to have some greenery and a small pot with herbs is practical for kitchen lovers.

However, it is forbidden to hang planters without prior approval in order to prevent a passer-by from getting a flower pot on the head. This would not be very funny for the unlucky passer-by, and besides, who would be responsible?